Harmonic Distortion – Odd and Even Harmonics

Harmonic Distortion – Odd and Even Harmonics video tutorial explains what harmonic distortion is and how odd and even harmonics are generated in musical applications.

In an analog system overdriving is achieved by adding a lot of gain to a part of the circuit path. This form of distortion is more commonly related to overdriving a non-linear device. But it doesn’t end there as any form of alteration made to audio being fed into a non-linear device is regarded as distortion even though the term is quite a loose one and not too helpful. The idea is to create harmonic distortion.

Even order harmonics (2, 4, 6 etc) tend to sound more musical and therefore more natural and pleasing to the ear and higher levels of this can be used as the ear still recognises the ‘musical’ content. Odd order harmonics tend to sound a little grittier, deeper and richer and higher levels of this cannot be used as abundantly as even-order harmonics as the ear recognises the non-harmonic content and it results in an unpleasant effect. But there are uses for both and depending on how the harmonics are treated some wonderful results can be achieved. 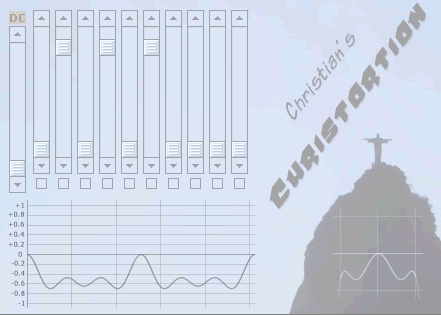 Christortion allows you to mix and blend various harmonics to the fundamental but its real power comes in the form of its GUI. You can see, in real-time, how the harmonics affect the waveform. Additionally, you can invert the harmonics which allows for another level of processing.

In the Harmonic Distortion – Odd and Even Harmonics video I explain the subject of harmonic distortion in detail showing you how to generate both odd and even harmonics. I show you how to apply different harmonics on a sound and explain the settings in detail.

If this tutorial was of help maybe these will also be of benefit:

Tape Saturation – what is it and how do you use it

Valves/Tubes – what are they and how do they work

Harmonizer Effect – what it is and how to use it