Most turntables that are stand-alone will require a preamp to boost the signal so that you can record an acceptable level. Some turntables, particularly those that are housed in hi-fi units, will have an amp built-in, but for the more pro decks, or DJ turntables, a preamp is required. The choice of the preamp is crucial. I could go into some very deep explanation about capacitance, hum, LF noise and impedance etc but that would confuse you at this stage. What I will say is that the following will save you great heartache and make life a great deal easier.

Years back, the RIAA (Recording Industry Association of America) established what is known as compensation standards. The resulting RIAA preamp has been built into every hi-fi and stereo amp with phono or turntable inputs since then. In the event that you are using a turntable, connected to a mixer or stand-alone, that does not have a built-in RIAA preamp, then you would need to get one. Now, this is where the technical heads sometimes have a fiery debate. Do you apply RIAA equalisation at the preamp stage or after using software applications? Take my word for it, always apply the RIAA equalisation at the analog stage, at the preamp, and not later. This will ensure a good strong dynamic signal with ample headroom.

Most vinyl is made with what we call pre-emphasis, a type of EQ, to tame the amount of low-frequency energy recorded on the disc. This pre-emphasis then has to be corrected using what’s known as an RIAA curve, which boosts the low end and reduces the high end so that an overall flat frequency response is shown.

Additionally, the output signal then needs amplification and RIAA correction.

In today’s world of sampling genres, it is crucial to have an industry-standard approved amp to power your turntable signal. Use only RIAA approved amps, or similar in specification, as the integrity and quality of the signal you are amplifying are as important as the signal chain it goes through. 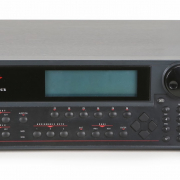 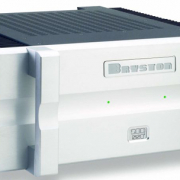 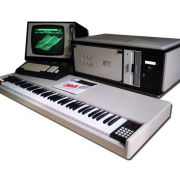 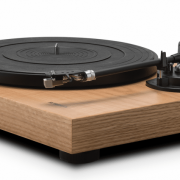 Sound Waves – What is Sound and how does travel in a given space?