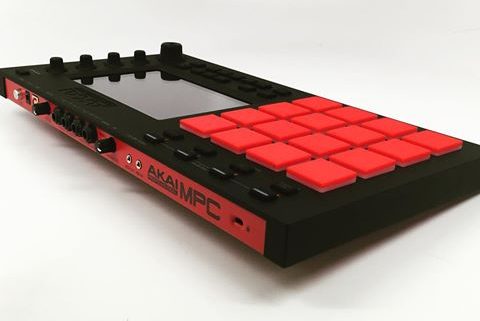 What defines a good beat? Well, there is a term we use quite extensively when describing the overall ‘drive’ element of a track: ‘The Nod’. If you can nod to the rhythm of a song, then the beat works. The Nod actually refers to the flow of the beat, and the drive element constitutes the drum beat and bassline together. Because this book is about constructing beats, we will eliminate the bass from the equation. Bass, in itself, is a vast topic that I will cover at a later date when dealing with the low end of a track.

Most producers believe that a well-constructed beat, which has the Nod factor, comes down to two ingredients: the timing information of the whole beat and its constituents, and the dynamics of the individual components. In fact, there is far more to it than that. There are many factors that influence the flow of a drum beat and I will cover the most important ones.

I am Armenian, born in Iran, and have lived in other equally wondrous and safe havens like Lebanon and Kuwait. As a child, I had an obsession with sound, not exclusively music, but sound in its entirety. The diverse cultures to which I was exposed have afforded me the benefit of experiencing some exotic time signatures, dynamics, and timing elements. I always believed that the East held the title for advanced timing variations in music and obscure pattern structures, and for a while this was true. Today, we are blessed with a fusion of cultures and artistic practices. None are more infused with cross-cultural influences as the drum beats we incorporate in modern music.

Let’s break down the different areas that, collectively, form ‘The Nod’.

In dance-based music the choice of drum sounds is critical, and we have come a long way from processing live, acoustic kits into workable sounds that can live alongside a fast and driving BPM (beats per minute). Instead, we use drum samples and, in many cases, layer these samples with other samples and acoustic sounds. In the case of urban music, and the more defined and extreme sub-genre Hip Hop, we tend to go with samples from famous drum modules and drum samplers like the Emu SP1200, Roland TR808/CR78, and the MPC range—most notably the earlier versions such as the MPC60/3000.

The drum samples that we layer and process within a beat must meet very specific requirements. These include topping and tailing, mono/stereo, acoustic/noise/ tonal, and pitch/duration specifications. Let me briefly explain, ahead of the longer discussions later in this book:

Let’s now look at some of the techniques used to shape and hone drum beats into working ‘Nods’. I will try to incorporate as much of the above as possible into real-life exercises using examples of common chart hits. In terms of tools, I have found that a decent DAW, a capable pad controller, and a good all-round keyboard controller will cover the areas that we require. A pad controller is not crucial, but it does allow for more interaction and dynamic ‘feel’ (we all love to hit pads).

Speaker Placement – how to place your studio monitors